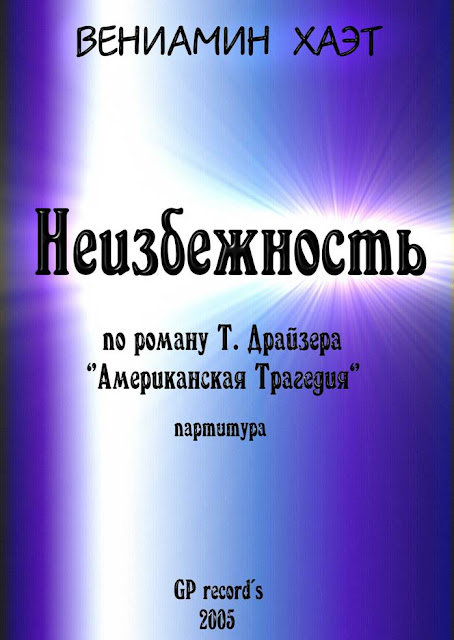 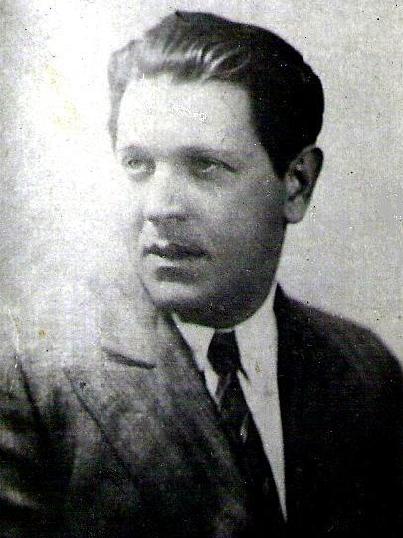 WEB PAGES
of the
composer:

among the best composer's

Benjamin (Veniamïn) Arnóldovitch Khaèt (May 25, 1896 - February 5, 1975), member of the composer's union of USSR. At the age of 5 he and his family came to Russia and settled in Odessa. From his childhood, Benia loved art (paintings and music). These two disciplines played a great role in his further development as an artist. In Odessa he dedicated all his life to the music. From 1913 until 1918 Benjamin continued to learn the courses of Conservatory Odessa's in Department of chiefs of orchestra and of piano. After the revolution of October in 1917, a Ukrainian anarchist made the composer a prisoner. Nevertheless, many big musicians and actors forced the bandit Makhno to make liberating the young person Khaet. From 1924 to 1927 during The New Economic Policy (NEP), the composer was the chief of orchestra. Benjamin then organizes many groups and they present his music not preserved to the present time. Those musicians played many concerts with his symphonies in the western Russia. In the same period the composer Khaet knew the singer Leonid Utyosov and the writer Valentin Kataev. In that time, Benjamin Khaet composed his first operetta «Love and dollars» Kazan's Theater. This work, unfortunately, is lost. Nevertheless, thanks to this victory the composer Khaet was invited in Moscow where Benjamin would remain for two years. He understood rapidly the criminal character of the socialism to leave this capital city. With his wife, actress Galina Ieremeievna Khaet-Tsvetkova, Benjamin Khaet recognizes the tragic reality. They were afraid to be arrested, they travelled with many concerts and more than two years did not remain in every city. Almost on any of the scenes of the cities where came the composer Khaet, they used Khaet's music in theatrical performances as «Inevitability» dedicated to the «An American Tragedy» of Theodore Dreiser, «Alarm», the Khaet's opera «Vasilisa the Beautiful», «House of cat», «Fairy tale», «Invisible Lady», etc. Rudolf Osipovitch Khaèt is his grandson, the future flutist of Osipov's orchestra in Moscow. He begins to live in the composer's house. In 1937 in Perm, was born his daughter Nina Veniaminovna Khaet. In seven languages, these pages are dedicated to the composer's memory. In the inability to organize many concerts with the small girl, Khaet's chooses Tashkent, the great city of Central Asia. During last months before the war between Germany and the Soviet Union, the capital city of Uzbekistan manages to be more tolerant in the perfidious epoch. The inhabitants of the city, did not lose certain hope to avoid the repression of the "people's enemies". In spite of the Stalinism, the Tashkent's theatrical performances «Life in force», «Damby and son» of Dickens, «The Taming of the Shrew» of Shakespeare and «Love of Wheats» represent Khaet's music. In the autumn of 1950, the authorities arrest the composer for "people's enemy" and is deported in Siberia so that he worked free of charge at the concentration camp confiscating all the property of his family. After Stalin's death, the composer Benjamin Khaet was rehabilitated in 1954. The opera «Puss in Boots» of Benjamin Khaet was played from 1957 till 1997 in Tashkent on the scene of the Academic Theater ALICHER NAVOI of opera and ballet. The base of this opera is a libretto of Dilin and of Makariev, of the translators of Charles Perrault. To the end of 1957, Benjamin Khaet wrote his own libretto for his own opera played the death of the composer on the theatrical scene of Vilnius. The opera B.Khaet's «Puss in Boots» was played in Novosibirsk, in Dushanbe and in Frunze (Bishkek). To the end of the sixth decade of the twentieth century, the same opera delighted the Mexican famous singer Yma Sumac who has visited the house of the composer Khaet. In 1962 he still has written another opera on the base of the Italian comedy «One curious accident». For the music of this opera, the composer Benjamin Khaet has composed its own poetical libretto in Russian for Milman's translation. In Tashkent the administration has introduced his opera «One curious accident» in the theatrical program of 1975, but because of the premature death of the composer, the spectators of the theater ALICHER NAVOI have not seen «One curious accident» on the Tashkent's scene. The detailed biography of the composer Khaet is written in Russian in the Autobiography of his daughter Nina Khaèt.

Omnia of the composer: